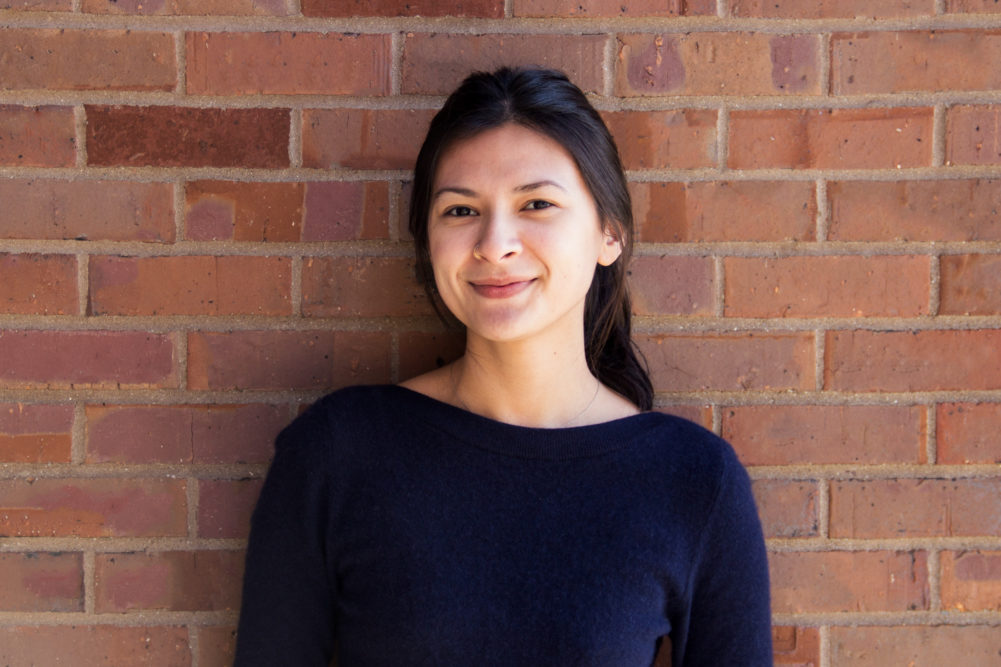 With your help, Kayla—once without a home of her own—builds her future.

When she was 8, Kayla went to the police and asked them to put her in foster care.

Her mom had made a habit of leaving her alone for days at a time, with no food and no one to look after her. And when she was home, she regularly beat little Kayla.

“It was almost like a hobby for her,” says Kayla. “I was so scared in that house alone, and when she came home, she was super abusive. It was just awful.”

And, her father was in and out of prison. “My dad is the most kindhearted man in the world. He’s got such a good soul. But he has been an alcoholic since he was a kid.”

She thought that putting herself in state custody would give her parents a wake-up call. “They wouldn’t want me to be in a foster home, so what else would they do besides get it together? You know, stop drinking, stop using drugs, stop leaving me. I just thought it would get better.”

Instead, Kayla bounced from home to home to home—at one, the parents treated her so badly that Kayla’s case manager intervened and they lost their license. Once a star student, she fell behind after switching schools again and again.

Finally, when Kayla was in 8th grade, a room opened up in her aunt’s house, and she became a certified foster parent to take Kayla in—the mother that Kayla had never had. “If I didn’t move in with her, I don’t know what I’d be doing right now. It’s a really scary thought.”

Support to build on, thanks to you.

In high school, Kayla’s case manager referred her to Amanda at our Youth Development Program, which helps youth aging out of state custody transition to adulthood. “I remember the initial meeting, when she told me all the things she could help me with.”

“That was the first time anybody had talked to me about college.”

“I thought, ‘This is my opportunity to branch out and even lead myself.’ My whole time in care had proven that I couldn’t rely on my parents to bounce back and give me a solid life or at least a fair chance at being successful.”

Thanks to your support, Kayla began to plan for college. But in her senior year, her boyfriend of three years suddenly died. In her grief, her grades slipped, she struggled to stay in school, and college seemed like a far-off dream.

She wasn’t sure what to do until Amanda suggested our independent living program, which helps foster kids learn to live on their own. We do many of the things a parent might—like coaching, and helping to pay for books, a computer, or rent.

With your support, a home of her own.

Kayla moved out of her aunt’s house and slowly began to build a life—a home—for herself. She got a job, and eventually started taking classes at Community College of Vermont. Thanks to you, Amanda was always by her side, helping her when her laptop failed in the middle of exams, or covering part of her rent when her hours at work fell through.

“I wasn’t used to that, but it really showed how she saw my priorities as her own. I’ve never really had anywhere else to go. She would do anything she could help me to live independently.”

Next, Kayla transferred to the University of Vermont and got an undergraduate degree in social work. Today, she works for one of the family courts, often witnessing cases that are so similar to her own.

Her dream, if she can find a way to pay for it? To go back to school for public policy, focusing on child welfare. “I can’t see myself doing anything else.”

She also tries to give back to the organizations that helped her. “It’s hard to explain how that extra help pushed me through whatever I was going through. It’s helped me be successful with my goals.”

“You guys were with me for a very long time.”

This article first appeared in the Spring 2017 edition of the Spectrum Sun, a print newsletter. Read the full newsletter here.