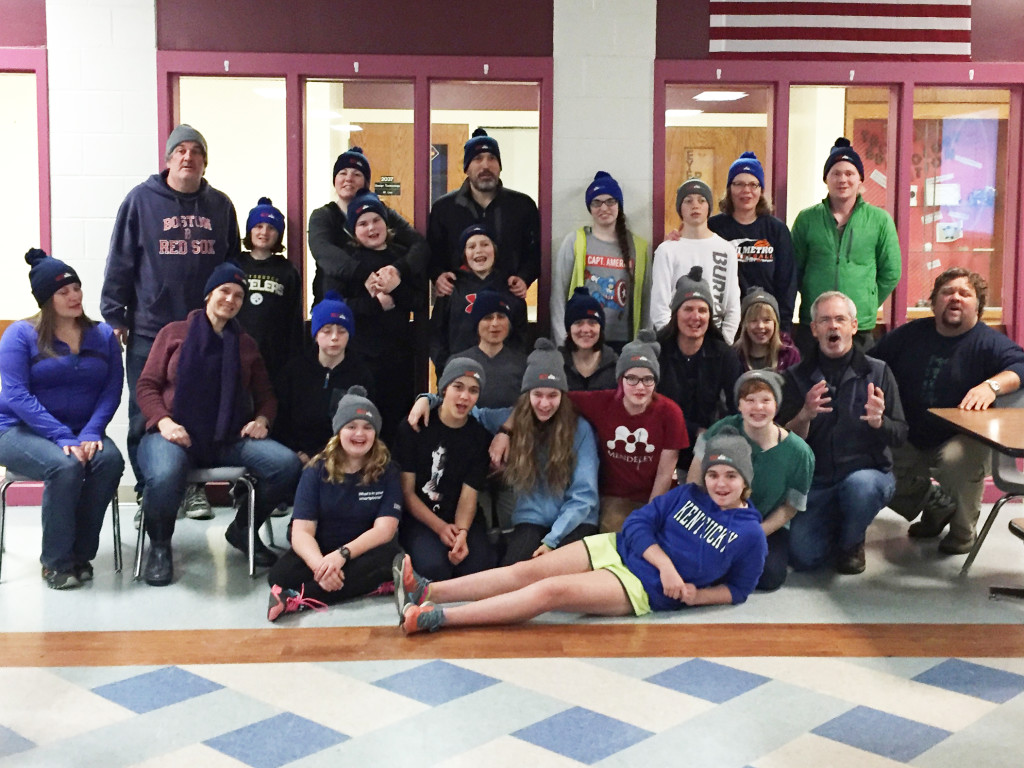 There are about 1,000 homeless kids in Vermont each year, according to estimates. The Spectrum Sleep Out was started to help lower that number.

Guidance counselor Greg Martin, captain of the Browns River Middle School Sleep Out team in Jericho, said the best benefit of the Spectrum Sleep Out was, “understanding what it feels like to be homeless for just one night.”

This is the school’s third year participating in the event. In that time, they’ve raised more than $10,000 for homeless youth. Each year they average around 30 participants. 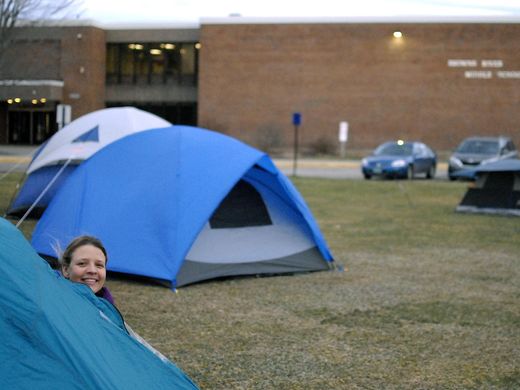 Browns River eighth-grader Eve Chamberland has participated in the Sleep Out all three years and was the only one in her class at this year’s event. Eve joins the Sleep Out every year. “I like helping homeless people, and the Sleep Out really opens your eyes to what happens around you,” she said.

We set up our tents on the front lawn of the school the night of March 31 and then heard from Mark Redmond, executive director of Spectrum, and students who read poems and stories related to homelessness and generosity. 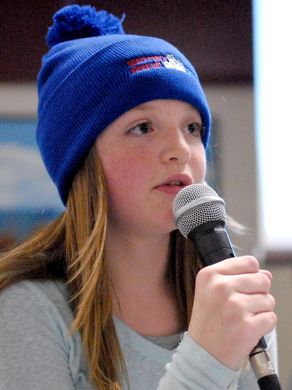 Lucy Mercer reads a poem at the Sleep Out.

During the presentation, Martin also showed videos about people helping to end homelessness. We made cardboard signs with messages like, “You can make a difference every day” and “A smile goes a long way.” The signs were displayed in the windows of the cafeteria so that the whole school could read them. 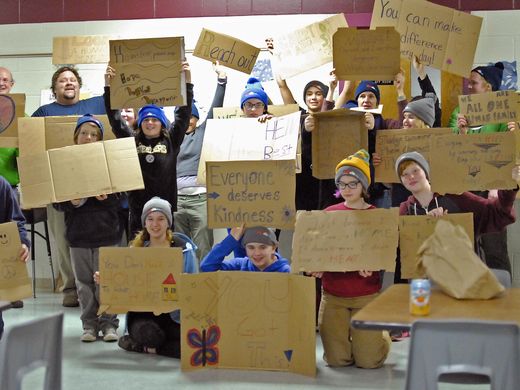 The BRMS Sleep Out team with handmade signs to raise awareness of youth homelessness.

That night, it turned out to be really warm and everybody thought it would be a nice peaceful night. But right around 10 p.m., the wind started to blow. It was so forceful and so brutal that one tent even collapsed! Thanks to the wind, every tent at the Sleep Out was flapping and even the school’s flag pole was dinging like crazy! I’m not sure anyone got sleep that night.

In the morning, everyone was really tired and pretty grumpy. During school, many people found it was hard to focus. I got a bad score on my spelling test, and so did a few other kids that did the Sleep Out. But it really just goes to show you how hard it is to be homeless.

Lucy Mercer is the daughter of Ryan Mercer, visuals coach at the Burlington Free Press.