“I didn’t want to stay in that cycle.” 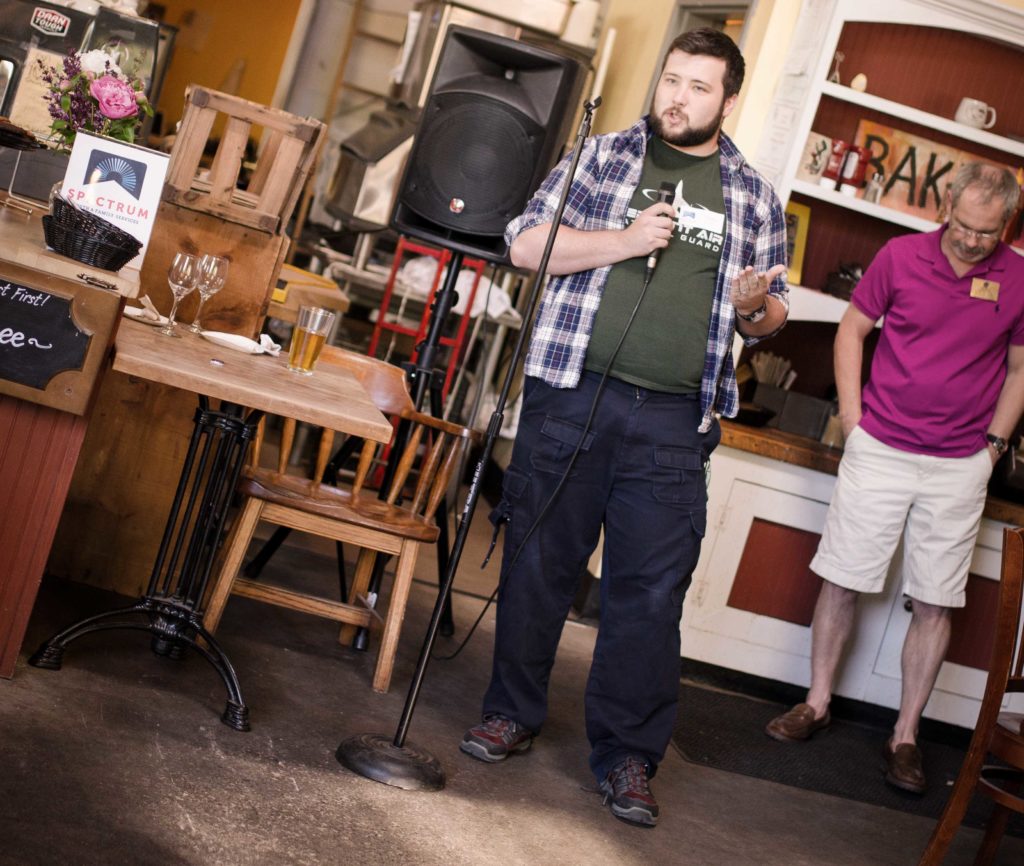 Josh used to be in our JOBS program. He spoke at our recent Reception of Gratitude about his life and experiences, and why your support helped him stay on track to follow his dreams. Here is Josh’s story:

I was about 15 years old when I moved out of my parents’ house. And it took me until I was about 17, in high school, to really actually realize that.

At which point, they had to talk to DCF, and somebody knew Paul Hayes, who was a clinician at the JOBS program, and Paul really helped me do things like find a job and develop life skills so I was able to get an apartment and not become homeless, because I was couch-surfing before that.

I come from a long line of poverty and drugs. My father is currently in prison—not [the prison where I work]—but in prison. My brothers are in prison. So I feel pretty lucky that I met that guy over there.

Since then, I was able to go to college. I got a degree in nursing. Have been pretty successful. I’m married. I have a child on the way and a nine-year-old [applause].

I’m not sure that I would have been able to do it without the JOBS program. I was motivated, I didn’t want to stay in that cycle, but I was hanging out with people who were doing drugs, who did become homeless, who are also now in prison.

But Paul really helped me stay motivated and gave me the resources that I didn’t know were out there, as well as some psychological support. I had some pretty severe anxiety, some post-traumatic stress; I had a lot of trouble for the first year I was in the JOBS program and the year before that.

Thank you, Josh, for sharing your story.