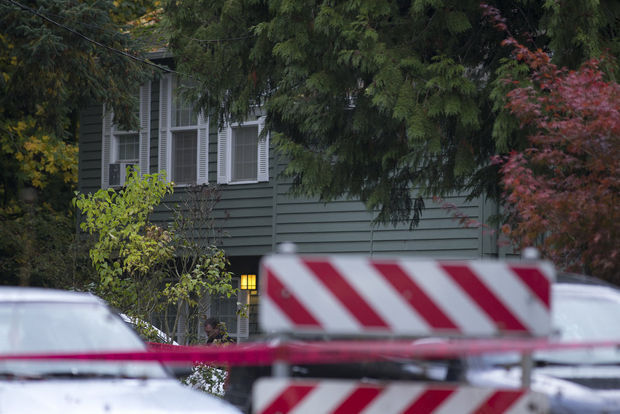 The house where Nicolette Elias, a victim of intimate partner violence, was found.

An Oregon circuit court judge, Amy Holmes Hehn, has been presiding over a contentious custody case. In an editorial in The Oregonian (reprinted here with permission), Hehn tells us how we can change our thinking and end the cycle of domestic violence.

On Nov. 10, Ian Elias kicked in the door of the home of his ex-wife, Nicolette Elias, and shot her to death with a handgun. He took their two young daughters to his home where he ultimately stepped out into the back yard and shot himself in front of police.

I am the Multnomah County Circuit Court judge who has been presiding over Ian and Nikki Elias’ highly contentious custody and parenting-time case. Everyone connected to the case is heartsick. Nikki Elias was a smart, articulate, hard-working, loving mother to her two children. All of the professionals in the case, including the court, were extremely concerned about Ian Elias and took his behavior seriously. Nikki was clear with us all about how dangerous she thought Ian was and we believed her. She sought and was given all the protection the court has to offer. She did everything we like to think of as “right” to protect herself and her children from Ian’s abuse. In the end, none of our efforts were enough. The grim reality is that when an abuser wants to murder his intimate partner, he’ll likely find a way to do it.

As a professional who has fought the good fight against domestic violence throughout my 27-year career, first as a prosecutor and now as a judge, it’s hard not to give up in despair. As a society, it’s tempting to throw up our hands and walk away saying, “there’s nothing we can do.” That would be a mistake. There’s a lot we can do.

First, we must shatter our myths and biases about domestic violence:

Our good efforts weren’t good enough to save Nikki Elias. If we all pull together, perhaps we can save the next wife, mother, sister, brother, daughter or child, and the next.

Amy Holmes Hehn is a Multnomah County Circuit Court judge. This editorial has been reprinted from The Oregonian with permission from the author.