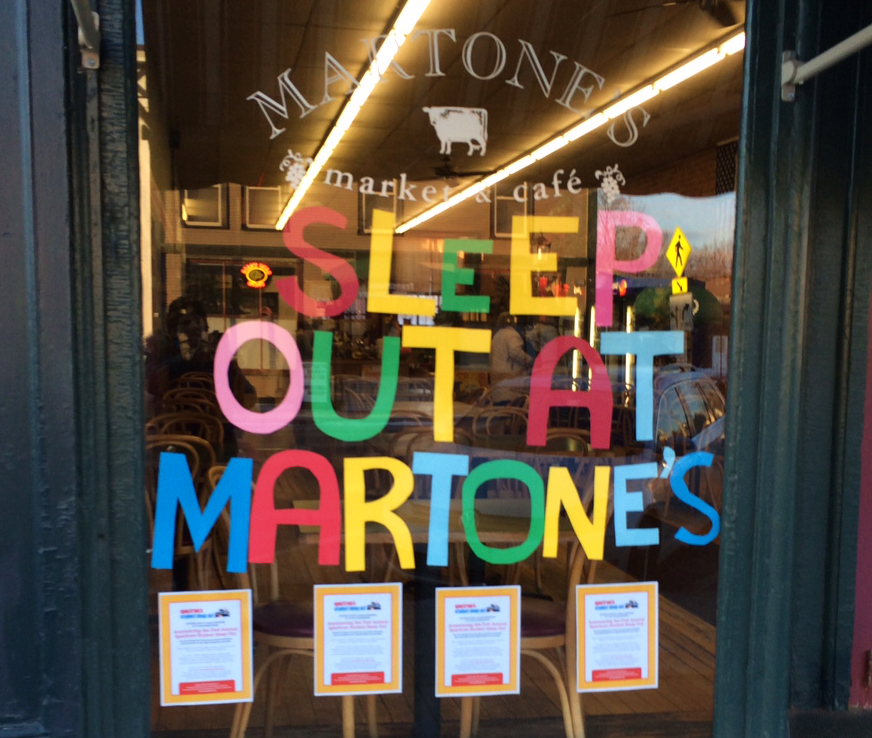 “This isn’t right. We have to give them our money.”

This is what ten-year-old Carmella Martone told her mother after seeing firsthand what it is like to be homeless. She had just walked a friend to door of the hotel room where his family was staying because they had nowhere else to go. And she’d seen all of their belongings crowded into that one room.

As office manager for the Sustainability Academy in Burlington’s Old North End, Carmella’s mother Mia Marinovich comes across several students who are homeless each year. And while her children go to school in a different district, they’ve gotten to know some of the same children when the family serves dinner at the Salvation Army once a month.

“I think because of that my kids realize that homelessness can happen to anybody, ” says Mia. “It doesn’t matter how old you are.”

After seeing the hotel room and wanting to help their friends, Carmella and her sisters began selling their own artwork and collecting donations at the family business, Martone’s Market & Café in Essex Junction. Any day you come in, you’ll find a table set up with information about a local nonprofit along with a jar for donations that brings in $40-$50 each week.

“Sometimes it’s the people who have the least who give the most,” says Mia.

When Mia heard about the Spectrum Student Sleep Out, she told her kids about it and they immediately wanted to be involved. The Snow Angels Team—Carmella, her sisters, and a few friends—are all sleeping out in front of Martone’s in downtown Essex Junction on Friday, March 28th, and you’re invited to join them!

The evening kicks off at 6:00 with free soup and kids activities for everyone sleeping out. If you’d like to join in, email Mia at miamarino@comcast.net. Can’t make it? Click here to donate to the Snow Angels Team.

Thank you Carmella and Team Snow Angels for helping out our youth!

(For more on what Carmella and other Williston teams are doing to help youth who are homeless, read this article in the Williston Observer).