“Because of you, I am no longer a statistic” 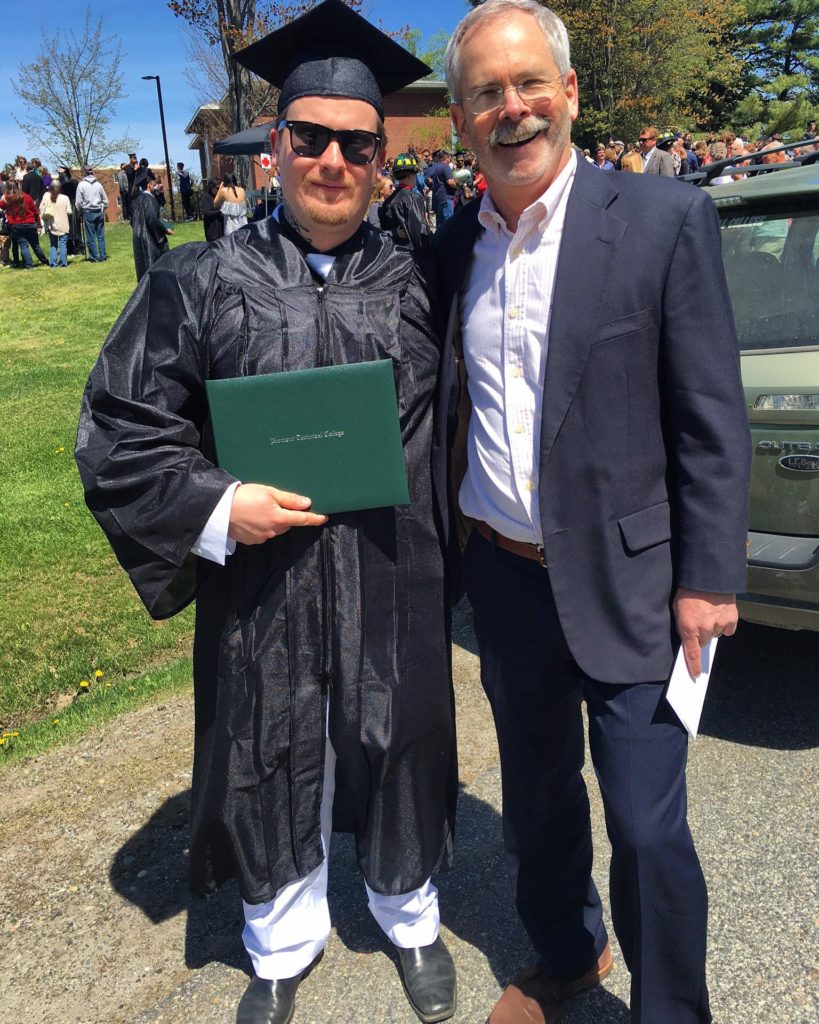 The following is a speech presented by Ben, a former client of Spectrum Youth & Family Services.

Born and raised in Mankato, Minnesota, I came from a low-income household originally comprised of 4 people including myself and three others. My mother, like all other women in the family was well-educated and had a good sense of direction and discipline and was well brought up in an average, middle-class family. My father, who hailed from San Jose, California did not achieve the same prestige as my mother did. Like his father before him, mine never graduated from high school, nor did he finish college and was notorious for unlawful activity which was suspected to be the reason for his many personal flaws. As my father left the family without a trace early on in life, my mother, sister and myself began a long tenure of hardship and anger spanning over a decade. Often times, it was difficult enough that my remaining parent had to work long hours and had to have close friends take care of myself and my sister to even attempt to make her ends meet.

Since parents did not have much of a factor in my life anymore, I myself became distant and troublesome as to even have law enforcement involved numerous times during my adolescence period. As a result, I became a lost figure in the eyes of society and delved further into quarrelsome behavior as a way to both cope and retaliate back at the community I lived in. This, in combination with drug abuse and other elements eventually led to my forced departure from my high school in 2005. Being devasted and clouded in judgement, I felt the conclusion that my life was meaningless and that putting the effort into bettering myself did not matter nor would it create a long-term impact on my life as a success.

After barely pulling through a second chance at high school in 2008 and after many unsuccessful attempts at rehab treatment for my problems, I was given an eviction notice by my mother who struggled to have me in her home, without any fault of her own. Not having anywhere to go nor anyone to rely upon as I was already a notorious figure in society, I felt hopeless again as I did years previous when my substance abuse was at its peak.

However, I was relieved again when I found out about a social-services organization based out of Burlington called Spectrum; they had offered me a place to stay at Maple Street, good people who supported my recovery, my personal development, and a chance to get an apartment within the Section 8 program.

I was relieved, yet I was hesitant about doing this, for I was not accustomed to living with a plan to be better than I was at the time. However, little did I discover how important the interpersonal skills and development I achieved at Maple St would be applied to me quite literally. I could say that going through this program at Spectrum was the very reason I am alive today and why I still have success now in life.

Fast forward to 2011, after years of treatment for my problems, I became well enough where I felt the need to find a profession that helped release me from the struggles of poverty and Section 8 housing. At the time, I maintained an apartment of my own and had a full-time job but was at a dead end in my career in retail. This in addition to the growing financial obligations from subsidized housing led me to the conclusion that I could no longer live in the conditions that I was presently in.

Going back to school was almost a dream for me as I could neither afford it, nor did I feel like I could be motivated enough to stay committed to my degree program. As someone who made a lifelong career of not holding commitments, I was almost positive that college would not be a realistic choice for me. That being said, one day while talking to Mark Redmond, I brought up the issue of outgrowing Section 8 and the need to better myself again. Little did I discover the impact of my words again as Mark Redmond encouraged me to go back to school to get a degree. Not only did he encouraged me to do so but ensured that my tenure at Vermont Technical College would be supported by him and Spectrum. As a result of the help I received from Spectrum once more, I was able to complete my Associates of Applied Science in Automotive Technology and begin a career as a technician for one of the largest vehicle manufacturers in the country. Without the help of Spectrum or Mark, I doubt that my success would’ve became a reality nor would it motivated me further to continue pursuing a bachelor’s in business from the same college.

For the donors, your contributions to Spectrum are the reason people like me have hope and believe they can be greater than themselves.

So many in our society are at risk, so many of our youth are displaced, disenfranchised, or discarded because they don’t have any hope, because they feel lost and they feel society doesn’t care about them at all. My solemn request of all of you in this room right now in response to this growing crisis before us today, pay it forward and help those who need it most.