“My future’s never been so bright.” 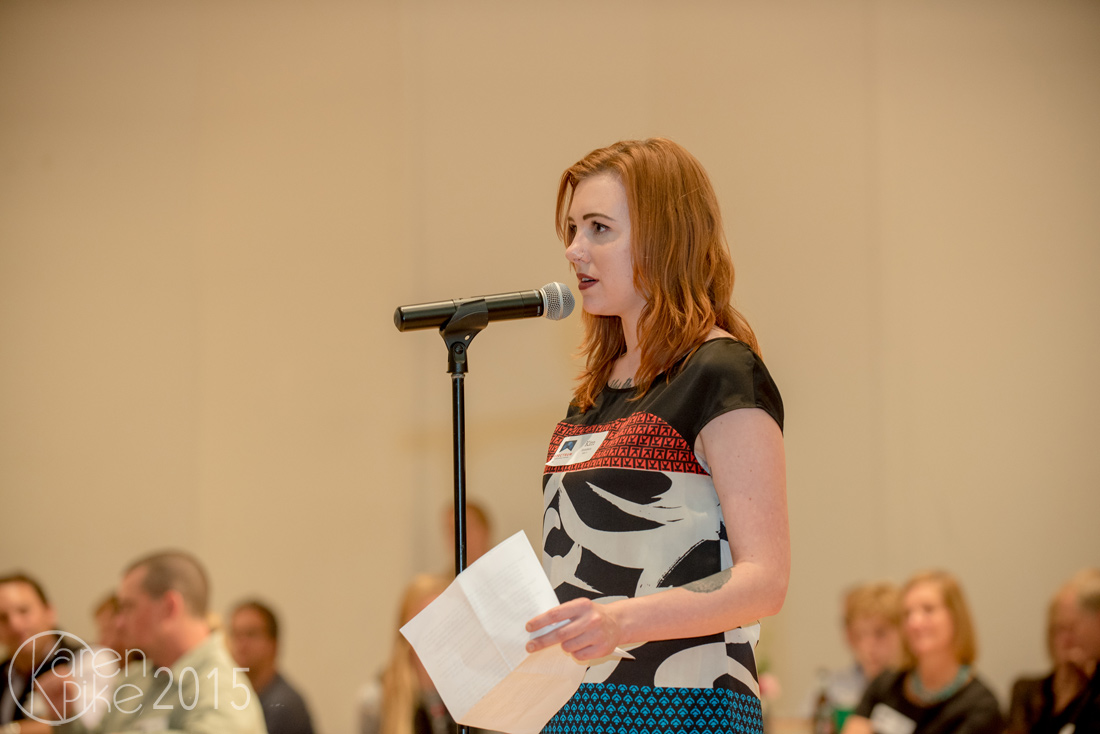 Kim told her story at our recent Empty Bowl Dinner, for an audience of over 250. Kim is a former Spectrum client, and she was willing to share her experiences about how she got her life back on track, thanks to the Spectrum community. Here is an excerpt.

If you had told me five years ago that I’d be working in a tech job as a webmaster for a business that has the word “Localvore” in it, I probably would have laughed and blown smoke in your face—I was smoking a lot of cigarettes back then. I don’t smoke cigarettes anymore. In fact, I’m trying to be healthy.

The health stuff is new to me because I’ve spent most of my life being bitter and self-destructive.

My life began in a trailer park in northern New York affectionately known as “Wiggle Town.” Soon after, we moved to a house I would later realize was home to much of my childhood trauma.

When I was five, my mother left my alcoholic, abusive father and became a high-strung, single mother of a spastic, autistic son and me.

When I was ten, we moved to Mississippi to start our lives over again. As it were, Mississippi was a bad place to start over, because four years later, we lost our house in Hurricane Katrina.

I was just starting high school so I only know an adolescent as a “Katrina Kid.” That being said, my version of teenage angst was looting abandoned buildings and stealing flooded bottles of alcohol and packs of cigarettes from the remnants of liquor stores and gas stations along Highway 90.

Nonetheless, I graduated high school—with honors, even. [But the] economy of Mississippi was—and still is—especially bad. My mother kicked me out of the house as soon as I turned 18 and I lived on a mattress and worked at Hobby Lobby until I hitched a ride with my high school sweetheart to Vermont to attend Burlington College.

I moved to Vermont with $200 and optimism, but soon learned that would not be enough. So, I contacted my biological father from across the lake, and visited the house where I spent the first five years of my life.

Now, I knew the first five years of my life were bad, but I didn’t realize how bad they were until I was already in the Fletcher Allen psych ward for having a ten-hour manic episode from listening to The White Album. They kept me in the psych ward for a week and by the time I got out, I was on a plethora of sedatives and mood stabilizers, had a huge medical bill, and had been kicked out of my apartment.

I am so thankful y’all raise nice children up here, because if it weren’t for the kindness of some of the kids I had met previously in college, I wouldn’t have made it. They . . . let me crash on their futon while I tried to get my life together. 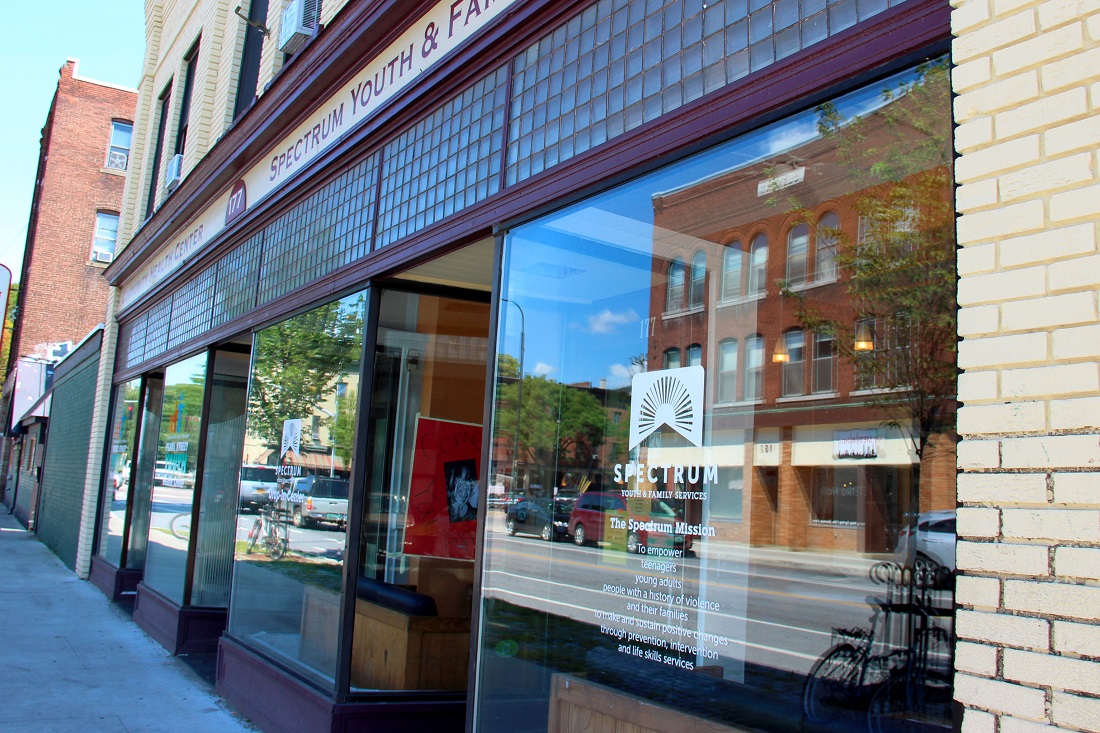 One day, I visited Burlington College and broke down crying in the financial aid office, admitting I was homeless but I really wanted to go back to school. One of the faculty members brought me to Spectrum’s Drop-In Center on Pearl Street and I started living in the Emergency Shelter shortly after. I stayed in the shelter for six months, until I moved to the Spectrum residence. Spectrum gave me a place to put my trash bags of clothes and a bed of my own. The shelter staff gave me the guidance and support I always wanted from my parents but so rarely received.

During that time, I attended the Community College of Vermont (CCV) and started working at the Committee on Temporary Shelter (COTS). I was living in one shelter and working in another. I saved my money while I was at Spectrum and in June of 2012 I moved into my own apartment. I have not fallen into homelessness since.

I worked at COTS for two years, until it was too emotionally taxing for me. Then I started working part-time at a local start-up. I started working only 15 hours a week, doing menial tasks on the computer, but as the company has grown, so has my position. I now work there full-time in my first salary job. My bosses are very supportive, and have even paid for me to take computer programming classes.