From our Drop-In Staff: Creating the BTV Street Chronicle 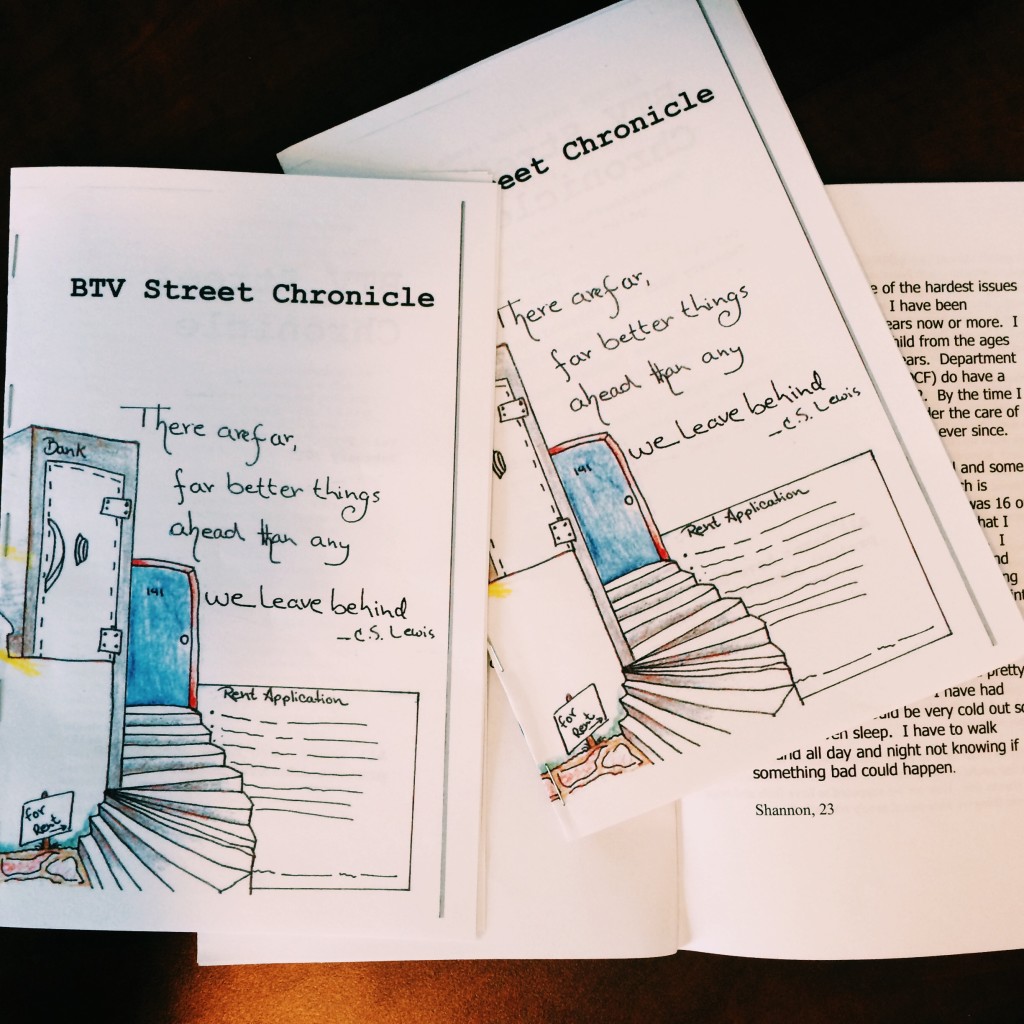 Liz and Jas are the AmeriCorps staff who work in our Drop-In Center, located on 177 Pearl Street in Burlington. They’re also the driving forces behind the new BTV Street Chronicle, a self-published zine that features anonymous stories, poems, statements, art, and words from the youth that Spectrum serves.

We took some time to sit down with Liz and Jas to hear more about the project.

The street chronicle, available online, at our offices, and around downtown Burlington, is meant to empower homeless youth to share their stories with other Burlington residents whose lives are drastically different.

“We started talking about it while we were in Montpelier [for an AmeriCorps training],” Jas said. “I knew about the Cleveland Street Chronicle in Ohio; you can buy it outside the open-air markets. It’s entirely self-sustaining.”

In Ohio, homeless vendors purchase the papers for 35 cents and sell them for $1.25. The vendors keep their profits, and the chronicle begins work on its next issue.
Liz and Jas shared two main reasons for creating the chronicle here in Burlington. First, they wanted to encourage homeless and at-risk youth to share their stories. Liz says, “someone will come in [to the Drop-In Center] and they’ll be talking with me about their day and then I’ll offer, ‘it sounds like what you’re going through is really tough right now. Want to write about it?’ I know the creative spark is there, but how do we reach it?” One way is the street chronicle.

So there’s the second reason: to help Burlington residents hear the voices of these young people in their community. As Jas and Liz put it, “we want to challenge the community to be confronted with the lived experiences of homeless youth living in our town.” Even if it’s uncomfortable. “You see kids sitting out on Church Street, but at the end of the day, they’re headed to their tent. Youth homelessness is pervasive and visible if you aren’t ignoring it.”

So, where is this headed? Right now, Liz and Jas put out one edition of the zine every two months. Next up, they’d love to see it continue independently—like the Cleveland Street Chronicle—without their guidance. If youth took on the BTV Street Chronicle as their own project, Liz and Jas said, it would be even more accessible and meaningful. 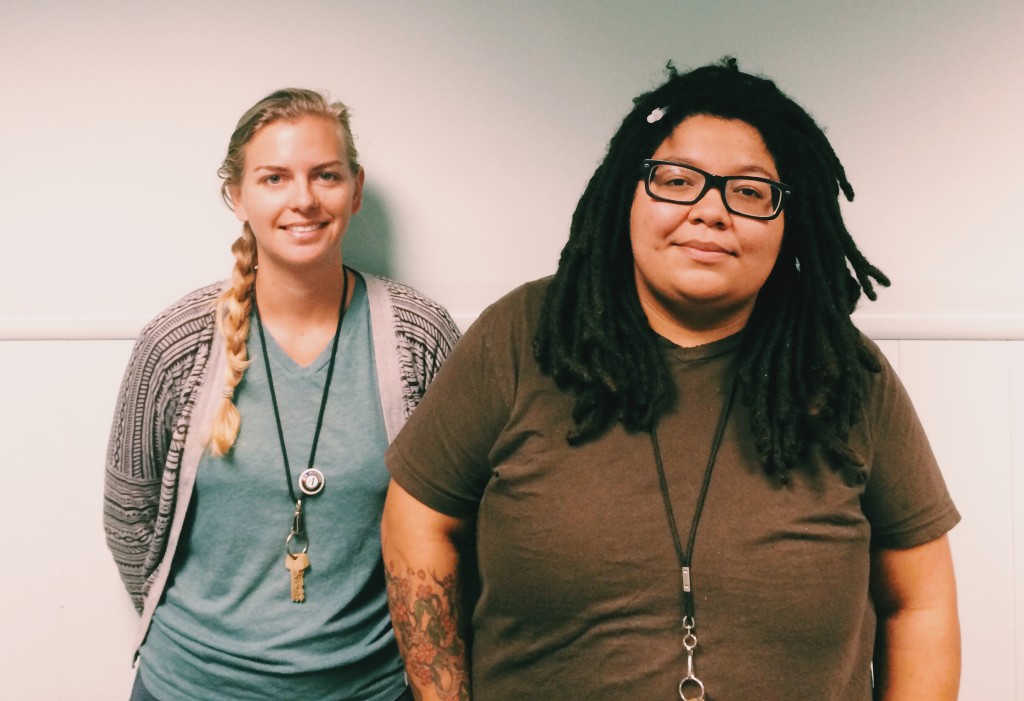 They also brought up possibilities of collaborating with different areas of Spectrum, including the Multicultural Youth Project and the affiliated youth group Diversity Rocks! They’ve talked about bringing the chronicle to the Winooski Teen Center to gather voices from that city, too. The more available it is, the more learning can take place.

This isn’t an easy task. Jas shares one of the challenges they feel in producing the zine: “I would hate for folks who access Drop-In to feel like a success story or a sad story.” At the same time, this zine shows what life is like for the youth we serve, and how Liz and Jas—and all Spectrum staff—work to empower them to change their lives.

“Everyone needs an outlet,” Liz says. “Kids who used to laugh in my face about the zine are drawing their experiences, or writing them down. A lot of the kids we serve are in crisis on a day-to-day basis. There are people who’ve accessed Spectrum for years, who’ve been homeless for years. But when you put the tools—pen and paper—in front of someone, ask, ‘what’s going on for you? Did you have a good day? A bad day?’ That can change things.”